Here in Australia our Federal Government has lost it’s freakin mind – they are:

So recently various protest groups suddenly found themselves being flooded with support from those who do not usually support/or not support things such as this.  Fence sitters everywhere have been taking a stand and those who normally would support our government are leaving the land of WTF and coming to stand with the rest.

Problem – either the government hasn’t:

So what to do – well since I covered that in an earlier post I want to leave a link in this one to a petition to help save Australian Flora and Fauna in danger due to these actions  please consider having a look because we need the help. 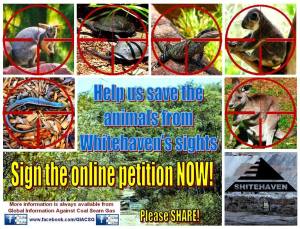