Frozen Heart of the Australian Government

This weekend has been a strange one for me.  Reading the reports on the changes to our freedom of information act, the undemocratic gags being placed on social media and listening to our government justify gutting funding to groups who are advocacy based fueled my anger and left me burning with a sense of injustice BUT just like that it went and a bone shattering cold wind swept through me.

Going over the findings of the Human Rights commission report regarding asylum seekers in detention, especially as it pertained to children froze my blood as I read what is tantamount to federally funded child abuse at best and crimes against humanity at worst.  The Sydney Morning Herald wrote about the affect of reading the findings:

It was sickening to hear Human Rights Commissioner Gillian Triggs report this week that nearly all the 174 children on Christmas Island were sick, depressed, self harming, having nightmares, swallowing poisons, wetting beds, wandering aimlessly behind barbed wire. It was chilling to hear babies were not crawling. 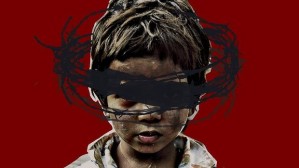 Watching Scott Morrison launch a witch hunt at the people who had resigned from the department and acted as whistle blowers instead of immediately stepping in and addressing the mental health issues of over 100 children shocked me deeply.

As I spent more time following one article to the next, going back to the government site for their responses and tracking the desperate attempts to block the UN [twice in the past month] from visiting Australian asylum seeker detention centers I was faced with the horrible conclusion that this is not my country anymore. Australia, and the idea of what we are ‘supposed‘ to represent is dead or at the very least on life support.

Watching this government scurry to shore up any leaks rather than address the issue, accuse the Human Rights Commission of lying and doing everything within their power to clamp down on any form of dissent be it legislative or policy has left me sick to the stomach.  What is happening here is Orwellian in nature and utterly terrifying and I truly don’t think for one minute that I am overstating the problem.

I’ve been putting together the material from a number of different sources and will proceed with a more thorough explanation as to why I believe RIP should be listed over Australia on a world map but I needed just a moment to express my shock and anger that this could happen.

What is worse is facing the fact that the LNP is in government because the majority of Australians voted for them in the first place.  I doubt many saw where it would lead but their racist, xenophobic campaign to ‘stop the boats‘ and the vitriol they aimed at their opponents should have given people an idea of just who they were electing.

Is this man and his party the future of Australia? A country that takes from those who have the least to provide more for those who are not struggling.  A country that hides behind ‘national security’ and refuses to acknowledge the rights of our population to disagree with it’s government AND SAY SO and a country the builds detention centers to keep those fleeing atrocities from receiving aid?

This is NOT my country and this is not the country our grandfathers fought for or migrants from all over this world built. It is certainly not a country leaving behind racism.  In fact this is now a country that embraces all the worst parts of our history and is doing its best to destroy all that we have gained in the past 50 years. Deny the facts all you want, pretend the issue is being exaggerated so that you can sleep at night but at some point everyone must ask ourselves how will we be judged for what we did and did not do in the face of brutality and oppression because this is real and it is happening as we speak.