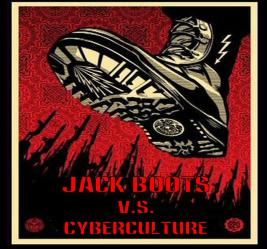 In a previous post I addressed the disturbing issue of increased monitoring and censorship of social media as it pertains to those who work for the Public Service.  Recent changes to policy [not law] have meant that those who tweet or write in a negative manner about government policy are at risk of losing their jobs.

This is not just for those who work close to the government where information of a sensitive nature can pass through their hands this policy extends all the way to any person employed by the government at a state or federal level.  What is worse is that this extends apparently to family member’s and something as simple as ‘Liking’ a meme or article on Facebook.

In Queensland alone there have been over 50 cases of people being removed from their jobs for social media offenses, some unrelated to the area in which they work in any way.  Little has been seen in the press due to the fear of becoming ‘unemployable‘ by forcing the issue.

ALL have received a financial settlement for unfair dismissal but none have been allowed to return to their previous position.  The fact that settlements have been given is an indication that the government is aware they are walking a fine line and are using the threat of black banning to prevent serious outcry from the individuals in question.  Solicitors questioned about the legality of these dismissals say that testing these new policies in a legal sense is difficult due to the indirect wording in the policies that can leave a great deal up to the discretion of the department as well as the pressure to not play ‘Hero‘ and become an employment leper.

The government is scrambling to gag the weapon that social media has become and is using draconian, techno-totalitarian and jackbooted methods to protect themselves from public censure.  These same people have staff who dedicate themselves to attacking other political parties via social media on both the personal and professional level on a daily basis.  However speaking against the current government, their policies or indeed anything that may be seen as negative is off the table.  The Sydney Morning Herald reports that the new addition to policy states

Abbott’s Idea of Women in the workplace

Other than in the course of their professional duties, [Staffers must] not post personal online commentary or other material or publish books or articles expressing personal views which relate to either their minister’s portfolio area or the general work of the Australian government. The Prime Minister’s chief of staff should be consulted for further guidance. 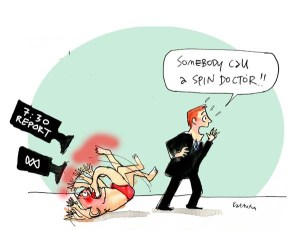 Feet First As Always with Abbott

They Herald goes on to postulate that the answer would in most cases be NO.  It is a shame [well not really] that Abbott doesn’t run what he say’s past someone for approval but then again we would lose a great gift to Comedians around the world.

Since he seems intent on draining the assets of all but the very rich it does seem fair that he give something to the world and it appears his special gift is that of his foot, of course one does have to take his mouth along with it as it is permanently lodged there but beggars can’t be choosers and we are all heading down the penury road with his policies after all.

For a government who ran such a negative campaign, including some incredibly low personal attacks on other political contenders I find it somewhat hypocritical that they now feel they can indulge in such unfair, invasive and un-Australian tactics to avoid any form of negative coverage regarding themselves, their departments or their policies.  I can only hope that the trigger started by the Greens, Labor and the Independents to begin the Double Dissolution as reported by the The Australian works before Abbott sends us off to fight beside America in another war that has nothing to do with Australia.[Sydney Morning Herald]

22 thoughts on “Neo-Fascism Alive and Well in Australia” 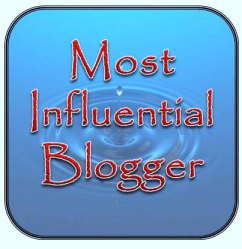