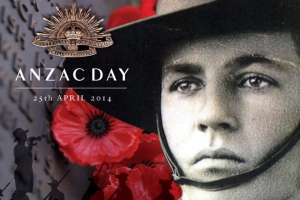 ANZAC day and all its history brings us together each year on this day to give honor and respect to those who died so that we should live in a world of our choosing.  To remember those who laid their lives on the line to defend our country and those who still do because they felt it was what needed to be done or in the case of some of those in Vietnam where they were sent. Anzac Day goes beyond the anniversary of the landing on Gallipoli in 1915. It is the day on which we remember Australians who served and died in all wars, conflicts, and peacekeeping operations.

The spirit of Anzac, with its human qualities of courage, mateship, and sacrifice, continues to have meaning and relevance for our sense of national identity.  Although the Gallipoli campaign failed in its military objectives, the Australian and New Zealand actions during the campaign left us all a powerful legacy. The creation of what became known as the “Anzac legend” became an important part of the identity of both nations, shaping the ways they viewed both their past and their future. 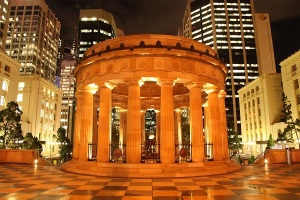 It is a sad thing when despite the public honor and the deep respect that those who service in our armed forces deserve that our government seems to be forgetting just who it was who fought and died and why they did so.  I recently met a wonderful man at the local shops who was selling the ANZAC day badges to raise money for the veterans.

He asked which war and I explained it was World War II where the Grandfather I’d never met served in New Guinea.  Nodding he found the brass badge for those who served there and asked what I knew of him. Sadly all I really knew, other than he was a champion Rugby Union Player and a soldier in WWII,  was that after the war he was deeply troubled.

He committed suicide when my mother was three years old after receiving no help from the veteran’s affairs doctors other than being told to stop drinking. She and her mother received little support from what was the DVA at that point and what support they did receive came from the fledgling RSL (Returned Servicemen’s League). To this day they do amazing work and my Father-In-Law gives much of his time and energy to the RSL and the assistance they offer not just those who’ve fought but for all those who need aid in difficult times is often desperately needed. 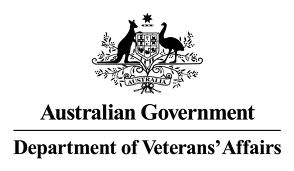 This gentleman was not surprised and said that many of those who came back from PNG were terribly traumatized by what they had seen and that the Veterans affairs were just not prepared for it.  Even now he went on to say with all they have learnt regarding PTSD and battle shock the government still doesn’t provide the kind of care and ongoing support that some really need.  He made a joke, that wasn’t really a joke, saying that the veterans call the DVA [Department of Veteran Affairs] the Deny Veterans Anything.  His friend had recently passed on and he was fighting with the department on his widows behalf. 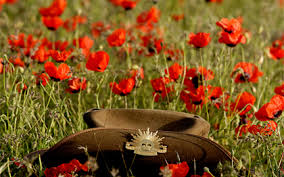 He died due to health complications from an injury sustained during war but not of the injury itself, in true bureaucratic fashion the department deems that he is not eligible or the brass plaque that goes on his grave that all those who die as a result of war injury receive.  His widow doesn’t want a pension, doesn’t want anything other than that plaque for her husband and the health he sacrificed.

She want that acknowledgement for his loss from a Government who now wants the pension age pushed back to 70 and to limit those who are able to receive disability payments for themselves or families.  Our veterans deserve more and this man’s wife deserves more than a paper fight with a department aimed more at finding what you’re not eligible for than for assisting those to who we owe a great debt. 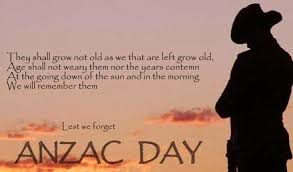 Rather than declining in number as the years pass Anzac Day has brought together more people than ever before and this year record numbers attended ceremonies at the Australian War Memorial on Anzac Day 2014 with 35,000 attending the Dawn Service and a further 17,000 attending the National Ceremony. That doesn’t even count the services held in every town around Australia be it Chinchilla, Roma or Broome at the rising of the sun we remember those who fought and those who still fight so that we can live.  Let us all hope, pray and work to create a world where that sacrifice is not in vain nor goes unrecognized.