Hello folks, this latest chapter in the Chronicles of Jim was a little delayed due to a rather busy week of work out there is the big wide ‘real’ world. Not nearly as much fun as here but we do what we must so they we are able to do what we wish. 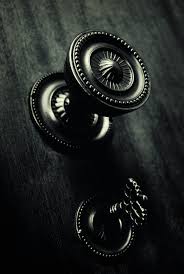 So last we heard Jim had just delivered my lovely sister MJ a lesson in just who was in charge of our home and had stalked off in glory.  Little of note happened over the next few weeks other than MJ’s inexplicable desire to lock her door when going to bed.  When I asked why she felt the need to lock it as opposed to just closing it she informed me that she was fairly certain that a closed door would only encourage Jim and as he didn’t have opposable thumbs or even hands picking a lock would be a harder proposition for him.

She still wasn’t entirely convinced it would keep him out if he was determined but it was the best she could do.  I will own the deep down I was in agreement but since we were the humans and he was the cat I resolutely pushed that thought deep into the land of denial and teased her a little about her fears in that regard.  MJ would only give ME looks of pity and shake her head at my ignorance.

All three of us were studying and our on campus load was quite heavy.  Because of that Jim was often left alone during the day and it occurred to me that maybe he would like some company as I had heard that some animals pine when left alone too much.  Maybe, just maybe I also was thinking of possible vengeance scenarios that he could visit upon us if he felt slighted or ignored but it was a thought I kept buried deep in my subconscious.

A friend of the family had a cat that had just given birth to a rather large litter of kittens and so we decided to adopt one once it was ready to leave mum.  Matt named this one Jack to keep the tradition of alcohol related naming alive and well and our little bundle of black and white cuteness duly arrived to take its place of squire to Jim’s knight.

There was no territorial displays by Jim (which was a relief) and Jack seemed to settle in quite happily and was soon following Jim everywhere like a shadow.  MJ suggested that Jack was not the name most suited to our little fellow and that we should change it to Minion because of his slavish devotion to Jim. While she had never forgiven Jim for his ‘welcome’ she did fall head over heels for little Jack and was always ready to cuddle and play with the little darling.  In retrospect that was probably a mistake.

Weeks passed with little change until we arrived home one afternoon to find Jack missing.  We looked everywhere in the apartment in case he was shut in a cupboard, all over the surrounding streets and put up a missing pet poster at the corner store as well as checking with neighbours.  Our next door neighbour who looked a little scary due to extreme height and some rather spectacular ink work (she was in fact quite nice as it turned out) thinks she saw him on the footpath but couldn’t be sure.

Finally we decided he’d either been stolen or hit by a car and whoever did it disposed of the body out of guilt.  As our friend still had two extra kittens (although a little bigger now) we decided to adopt another as Jim had been very quiet since Jack had disappeared.  I thought he may be sad but MJ wasn’t as convinced and I caught her giving him odd looks from time to time but decided not to mention it.  After all she had her reasons not to think well of our feline friend.

In due course our new addition arrived and was promptly called Johnnie (yes I know but it was a theme by then) and he too swiftly fell under the sway of Jim and would follow him everywhere.  The two of them together had a rather distinctive way of indicating they wished to be fed or wanted a treat.

Both would follow us around and at every opportunity would jump up to a surface that put them near eye level and stare with such intensity that we all felt we were being questioned by covert government agents.  MJ took longer to warm up to our new cat but eventually gave in to the need to cuddle and play as Johnnie was a definite cutey.  Later she explained to me her reasons for being standoffish at first and once again in hindsight she turned out to be right.

Life continued on as usual with study and the occasional party hosted at our place.  Strangely these parties didn’t bother Jim in the same way as MJ’s advent had and I figured it was because he realised these people were only visiting and it was an opportunity to dun them for treats when he could manage it. Now about four months later Matt and I were walking back down the street from the bus and saw our neighbour sitting on her veranda waving at us.

She got up and bought with her a box which I at first thought to be a parcel of some kind – oh if only. Looking a little pale she passed it over and told us that she was so sorry but Johnnie had been hit by a car and killed.  She looked so shaken that at first I thought she meant she had hit him but it was, in its own way, much worse than that.  I asked her what was wrong because for a normally intimidating looking person she looked downright spooked.

What happened next was so surreal that it took a moment before what she was saying sunk in.  Linda leaned in close giving the area a careful scan and began to speak in a hushed tone almost as if she was afraid of being overheard.  She said she’d been sitting on her veranda and had noticed both of our cats coming out of the yard and heading toward the street.  It all happened so quickly that she hadn’t had time to even make it down the stairs to shoo them back.

Jim, with Johnnie pacing dutifully behind him walked onto the road.  He then sat there with Johnnie for a few seconds putting his paw on his head as if to say sit.   A car was coming but still he didn’t move himself or the paw and then at the last-minute he leapt leaving Johnnie to spring up just in time to get scuttled by the vehicle.

Linda rushed down to see if there was any hope but the look on Jim’s faced stopped her cold.  She said she had never seen such a purely pleased feline smirk as Jim wandered over to the body, swished his tail, looked her in the eye and then wandered back to our yard with sense of someone doing a good days work.

Now I can’t guarantee that is exactly what happened as it wasn’t myself who witnessed it but I do know that Linda was NOT the most fanciful of people.  If she had hit the cat she would have just said so or at least come up with something a great deal less weird than the story of a killer cat.  Added to that was her whole demeanour, this woman was  out-and-out scared and she was not the type that was thrown by much.

Slightly in shock Matt and I headed upstairs with the box and then just sat at the table and stared at each other without talking for about ten minutes.  Finally I got up the nerve to say ‘what do you think happened to Jack?‘ at which point Matt gave me a wobbly smile and then with obvious forced surety said ‘surely you don’t think this was on purpose do you and as for Jack well he must have just run away or something’ (his voice trailing off at this point).

MJ came home and we told her and I was surprised to see that while upset she was not at all shocked by the story.  In fact she said this confirmed a suspicion she had been wondering about since the first disappearance and she felt that she might have actually cost this cat it’s life.  As she explained Jim was happy with a minion but when the minion showed favour to MJ, that was a strike against it.  When MJ showed favour to the minion above that of which she showed Jim it was curtains for the poor little cat.

We were then faced with either choosing to believe we housed a sociopathic cat turned serial killer OR pretending it was all just one of those ‘things’ that would never be explained.  Naturally for sanity’s sake we went with option two and not just because we were afraid of what would happen if we sent Jim away and he found his way back to settle the score (honest, well maybe partly).

So this ends Missing or Murdered Minions but the saga is not yet done and there will be one more installment to finish up the Chronicles of Jim so until then I will say au revoir mes amis.

24 thoughts on “The Chronicles of Jim – Missing or Murdered Minions?”