One of the human races greatest gifts is language and we use it as a way to understand and recognise the world around us and our place in it.  In most cases this is a reassuring process, how children grow to understand what they see as they learn to speak.  However there is a danger inherent within, like most things in life there are choices to be made in how we use language and what labels we place on many things.

I have come over time to recognise how naming things can sometimes be a negative.  In particular when it comes to the Mental Health Sciences a doctors  and counsellors primary goal is to define or diagnose a person’s mental health and proceed to label it according to where it fits within the medical models.  Unfortunately there is a great deal of stigma attached to mental health and whether people realise it or not someone who has been ‘diagnosed’ and labeled finds themselves at somewhat of a disadvantage at times. 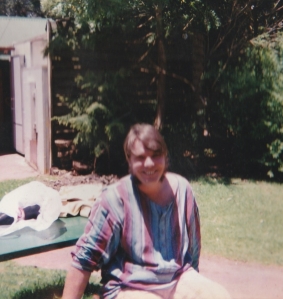 Let me explain what I mean.  My husband has paranoid schizophrenia and has been diagnosed since he was 21.  He is also a well-respected consultant with Qld Health, an author of two books and is currently finishing his Masters Thesis in Mental Health and best case practices.  Not so long ago he was feeling exhausted, he would get night sweats and any physical activity left him drained.  Now this is not normal at all, in fact he is extremely fit but when he went to the doctor to organise some tests he found himself coming up against a wall of stigma.

This GP looked at his chart and saw his diagnosis and immediately started asking about his meds and was he being ‘compliant’.  I was with him and I asked what that had to do with anything and he tried to tell me that my husband was probably depressed and the best thing to do was alter his medication.  I explained that was a far from true but he gave me this look of pity that said I was being fooled by a crafty crazy person.

He did order bloods but what we found when we returned for the results was he had order bloods to test my husbands levels as he hadn’t believed he was being ‘a good boy’.  I naturally responded with calm politeness using a few names that I  think hadn’t even been invented yet to express my sincere gratitude for his help.

Finally we did what we should have done and went to speak with some of the medical staff that he works with who immediately took one look at him and had him in hospital for tests.  It seems his ulcerated colitis and been severely aggravated and was releasing toxins into his system at an alarming rate.  It was so bad by that stage that they weren’t sure they would be able to reverse it this side of surgery.

All of this drama could have been averted had the GP treated a man instead of a mental health patient. Early in our marriage I had always wondered why he would like me to come in with him to see the doctor but I soon realised that it was to back him up about what he was saying.  This time was the worst example but it is definitely not the first nor will it be the last.

Stigma for many is the price you pay for a label, be it race, gender, sexual orientation or mental health and it is here we can see how the danger of naming, labelling or categorising can lead to discrimination  well-intentioned or not.